Tradewinds Vacations in Louisville can provide you with the perfect place to relax, party and play. 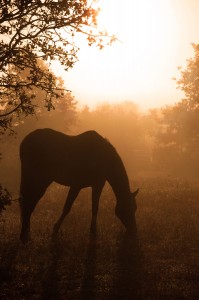 Louisville is known as many things to many people from around the world. Home to the Churchill Downs, the Louisville Slugger as well as a host of museums, a zoo, extreme sports and much more, Louisville is America to the core.

Self appointed, “Possibility City”, Louisville boasts of it’s innovative city parks, development and sports on and around the waterfront. Adding thousands of acres of green space in their City of Parks project, Louisville is and continues to be a thriving, bustling hub of activity for the vacationer.

With Tradewinds Vacations, Louisville offers a recreational paradise in a number of ways. Constantly growing and changing, Louisville is keeping its name in the news with focus on its history as well as new and exciting traditions. From festivals and fairs to attractions and history, Louisville meets all your interests.

Tradewinds Vacations Welcomes You To Louisville – Then and Now

Louisville is many things to many different people. Founded in 1778 by George Rogers Clark, Louisville was an important Union base and military supply center and quickly began to grow. As the years went on, Louisville found a multitude of ways in which to support its growth including the world’s largest distillery, and Dupont during WWII.

Travel to Louisville is far from a secret. In fact, tourism is the second largest private employer, the third largest service industry in Jefferson County and the third largest revenue-producing industry in Kentucky. Generating over $200 million in revenue, Louisville has been consistently using these profits to further enhance the tourist industry making it a continuously growing and expanding industry and offering more for those who choose to visit.

Enjoy all your vacations and travel and experience Louisville with Tradewinds Vacations Louisville.