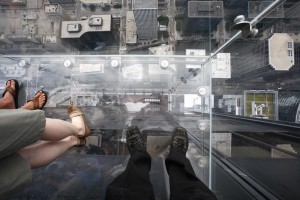 The city of Chicago is not only one of the largest cities in the United States, but also one of the most visited cities as well. Home to almost 3 million residents, the city is also home to world class attractions and destinations including sports, arts and culture, architecture and even outdoors. From the Natural History Museum to Navy Pier, the top destinations range from a variety of interests dating back hundreds of years.

One of the top destinations for travel is the Sears Tower. Now known as Willis Tower, the still commonly referred to “Sears Tower” once held the record as the tallest building in the world. Built in 1973, this massive skyscraper stands 1,451 feet tall and including 108 stories. Today, although it no longer holds the record of the tallest, it still ranks as the tallest in the U.S. and the 7th tallest in the world today. Called the Sears Tower until 2003, the now Willis Tower was renamed officially in 2009 the Willis Group Holdings.

Welcoming over 1 million visitors each and every year, Willis Tower offers stunning views of the city skyline from the now renamed observation deck, the Skydeck. Originally opened in 1974, the Skydeck is located on the 103 floor and is one of the most famous attractions still in the city today. On a clear day, visitors can have a truly amazing experience, not only seeing 4 states but even feeling the sway on a windy day.

A visit to the Skydeck only takes about 60 seconds to get there, but the whole experience may take you a bit longer as there are many other aspects of the trip to experience. In addition to the Skydeck, visitors can also enjoy a 2.5 minute video about the skydeck and the ledge, a glass balcony 1,353 feet above Wacker Dr and even a presentation introducing you to the history of the building itself.

Just one of dozens of wonderful attractions located throughout the city, the Skydeck is open 365 days a year and during the summer months is open late for those who would rather see the city lights.

Tradewinds Travel Club invites you to get out and explore the many amazing destinations worth visiting in the U.S. and beyond. Travel with us and enjoy all this amazing world has to offer you.