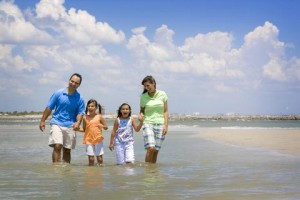 One of the most well known and popular destinations in the state of California, San Diego is well known for sports, recreation, food, events, history, theme parks, zoos and more. An ideal destination for family travel, Tradewinds Travel Club welcomes you to get to know more about this popular city and what it has to offer you for your family vacation. Learn more about its history and the sites you should not miss when you visit San Diego, America’s Finest City.

Founded in the 1600’s soon after the area was discovered by Spanish explorers, San Diego was once named San Miguel. Already inhabited by local native American tribes, it didn’t take long for San Diego to change and become an important site for trade and commerce as well as a growing culturally important destination.

Today, this small town is now a thriving metropolis and home to millions of residents, second in size in the state of Califonria and 8th in the U.S.

Tourism And Temperature In San Diego

One of the largest industries in San Diego, tourism owes its success not only to the great sites that can be found throughout the city but also the wonderful weather that can be expected throughout the year. With temperatures quite steady year round, San Diego boasts a Mediterranean climate in addition to a semi arid climate making it an “arid Mediterranean” climate. Mild winters and mostly dry throughout most months, San Diego experiences an average of 200 days each year above 70 degrees.

Top sites in San Diego are generally considered family friendly and accommodating to people of all ages. They include sites ranging from those of historical interest to those focusing on wildlife, art, culture, and physical recreation. Focused on tourism, one way to save when traveling to San Diego is to purchase a Go San Diego Card which allows you access and express entry to many of the cities top sites. They include:

Other Top Sites which may or may not be included but rank high on the top lists include Universal Studios, La Jolla, Birch Aquarium, Point Loma Lighthouse, Downtown, the USS Midway Museum, Cabrillo National Monument, Imperial Beach, Blacks Beach and Mission Bay.

Tradewinds Travel Club invites you to learn more about the worlds most popular cities for travel. Whether traveling with your family, abroad or in the U.S., you can enjoy all your vacations more by spending a little time getting to know what you should be looking for and what you should explore when you arrive. Become a more informed traveler and make more of your vacations with Tradewinds Travel Club.