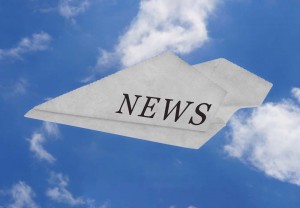 Each week as many as 40,000 people flock to Eastern Market for its Saturday Market to enjoy one of the most authentic urban adventures in the United States. The market and the adjacent district are rare finds in a global economy, a local food district with more than 250 independent vendors and merchants processing, wholesaling, and retailing food. Take a look at this great event, its past and present with a review from Tradewinds Travel.

The Detroit Farmer’s Market began at Cadillac Square in downtown Detroit, east of Woodward, in 1841.When it moved to its present location in 1891, it was re-named Eastern Market. From the horse drawn carts to the present semi-trailer trucks, farmers have annually hauled thousands of tons of fresh produce to Detroit’s Eastern Market area for re-sale to wholesalers, retailers and the general public.

At the heart of Eastern Market is a six-block public market. Every Saturday it is transformed into a vibrant marketplace with hundreds of open-air stalls serving up great selections of fruits, veggies, fresh-cut flowers, homemade jams, maple syrups, locally produced specialty food products, pasture and/or grass-fed meat and even an occasional goose or rabbit.

On any given Saturday Detroiters, suburbanites, and out-of-staters can be found shopping elbow to elbow at farmer’s stalls or area retail shops for products from as near as Michigan, to as far as the European, Middle East, Asian, and South American farming areas. Historic Eastern Market is not only known for its luscious, colorful fresh fruits and vegetables, but it’s also known for herbs and spices, nuts, candies and a variety of condiments supplied by retailers and wholesalers. A variety of fresh fish and seafood are also available.

We all know about the Flower Days held at Eastern Market each year, offering  plants, flowers, shrubs, and evergreens. It is recognized as the world’s largest flower market. Several generations have shopped together, bringing their children to see the market, its wares and the farm animals when available. It is also a people watcher’s delight. A melting pot of rich and poor, old and young browse and actually bargain old-world style for what suits their interests, absorbing the sights and sounds, color and excitement of the Eastern Market area. Many couples and families make an “outing” out of shopping here, arriving before 7 a.m., having breakfast at one of the area’s restaurants, then spending the morning shopping for their weekly needs.

Eastern Market was declared an historic area in 1977. Many of the original buildings are still in operation today. Most people are unaware that the Eastern Market area is open six days a week, and not just on Saturdays. (The area is closed on Sundays.) Come down and relish the rich history and colorful stories of the market and its characters.

If you enjoy travel and exploring the world around you, spend time traveling with Tradewinds Travel.